Grace Family Fellowship currently sponsors the Banke Family who are serving in Niger, West Africa through Serving In Mission. 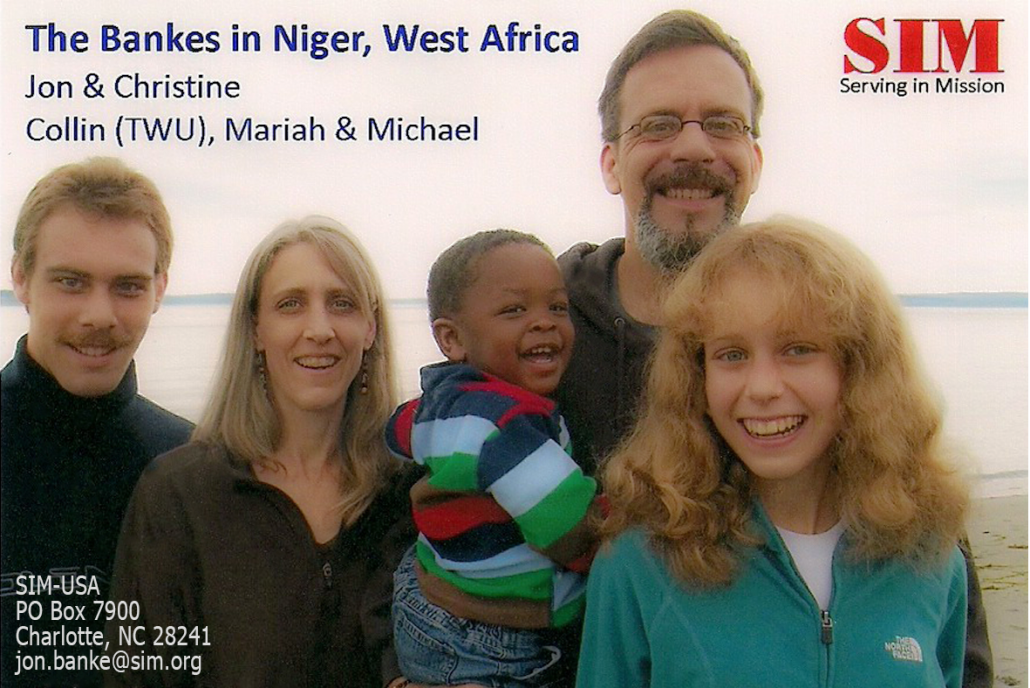 Jon is the Deputy Area Director, overseeing the administrative functions of the 120 person field. Christine serves at Sahel Academy in various administrative roles, supporting the parents of 140+ children. Both Jon and Christine are engaged in local ministry.  Jon with a Wodaa6e community of Christians and Muslims, and Christine in relationships with local women.

Collin (20) has just completed his second year at Trinity University in BC, Canada. Mariah (15) is a freshman at Mount Rainier Lutheran High School in Tacoma, WA … and can’t wait to return to Niger and reconnect with friends. Michael (2) is a music-making, always-on-the -go, verbose dynamo. He talks about Niger often and they are eager to introduce it to him again.

The Banke’s are now at 80% of the support they need to return to Niger in August. Grace Family Fellowship in Vernonia Oregon supports them. They would love for you to partner with them in growing Christ’s Church in Niger by supporting the ministries of SIM and discipling and equipping Wodaa6e believers.